We chose it because: the selection of organic ingredients and Slow Food Presidia couples perfectly with an entrepreneurial philosophy of quality and taste with grassroots involvement and a lot of attention to their work.

The Berberè’s mission is to make tasty pizza pies, serve them with care, in beautiful locations. The business is an idea of Matteo and Salvatore, two Calabrese brothers who, after moving to Bologna to study Economics, only ate pizza as many others penniless students. After having so much pizza they thought it would be nice to make their own, prepare and serve it with lots of care – they wanted to highlight the value of pizza as a fancy treat, without losing its popular spirit, and as a symbol of cherished moments with friends, that is why they serve it already sliced so you can take it with your own hands while chatting together.

In order to succeed in their venture they employed all their skills and abilities, they studied and worked a lot to understand how the fascinating alchemy of fermentation worked, and travelled throughout Italy looking for the better products each Italian region could offer.

Without clearly being aware of what they were facing, in 2010 they opened their first pizza joint in Castel Maggiore (province of Bologna) by gritting their teeth (and tightening their belts), and now their work team is 90-people strong – many incredible talents for 8 restaurants in Italy and 2 in London. 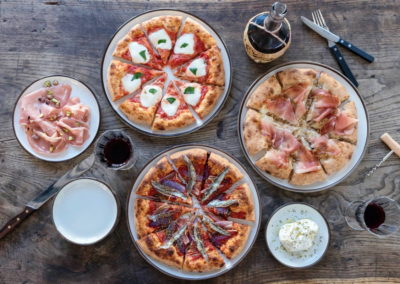 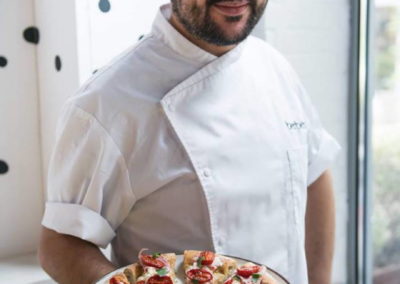 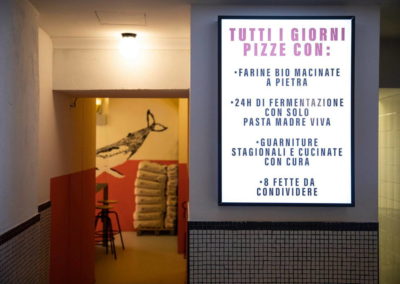